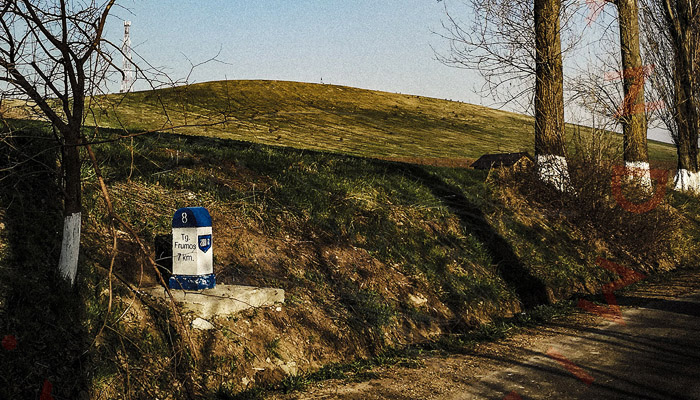 “Finally, on 7 May, te panzer-fusiliers counterattacked on the left wing of the division’s sector with the assault guns and Panthers and supported by the armoured assault pioneers. Their objective was to take once and for all Hill 254, called “Kalmu”, witch was higher than any of the neighborings hills. Possession of the hill ment a good view to the north into enemy territory and, with it security, for from there any massing of tanks or enemy approach could be spotted in good time. Of course, the Soviets were aware of this, and they transformed the hill into a fire-spewing fortress immediately after it’s capture.

The initial attempt failed, however a second attack made at first light with the support of the 20mm flak on self-propelled carriages was more successful. The attackers entered Nicolne and tracer fire from the light flak drove the Russians from the town. Attacking from the left flank, panzer fusiliers of the Regimental Headquarters Company under Oberleutant Emminghaus, supported by pioneers, stormed the “Kalmu” Hill ant took it in the bitter hand to hand fighting. Artillery and rocket batteries pounded Point 365 to soften it up for attack. This proven successful and a short time later the positions were handed over to units of the 24th Panzer Division, witch simultaneously took over this sector. The elements of the Armoured Reconnaissance Battalion GD deployed near Point 256 had to withstand significant Soviet counterattacks, wich resulted in the hill charging hands several times. The fighting raged on until 10 May. Statements by prisoners revealed that the regiments of the 3rd Guards Airborne Division had been completely wiped out in the fighting there.” 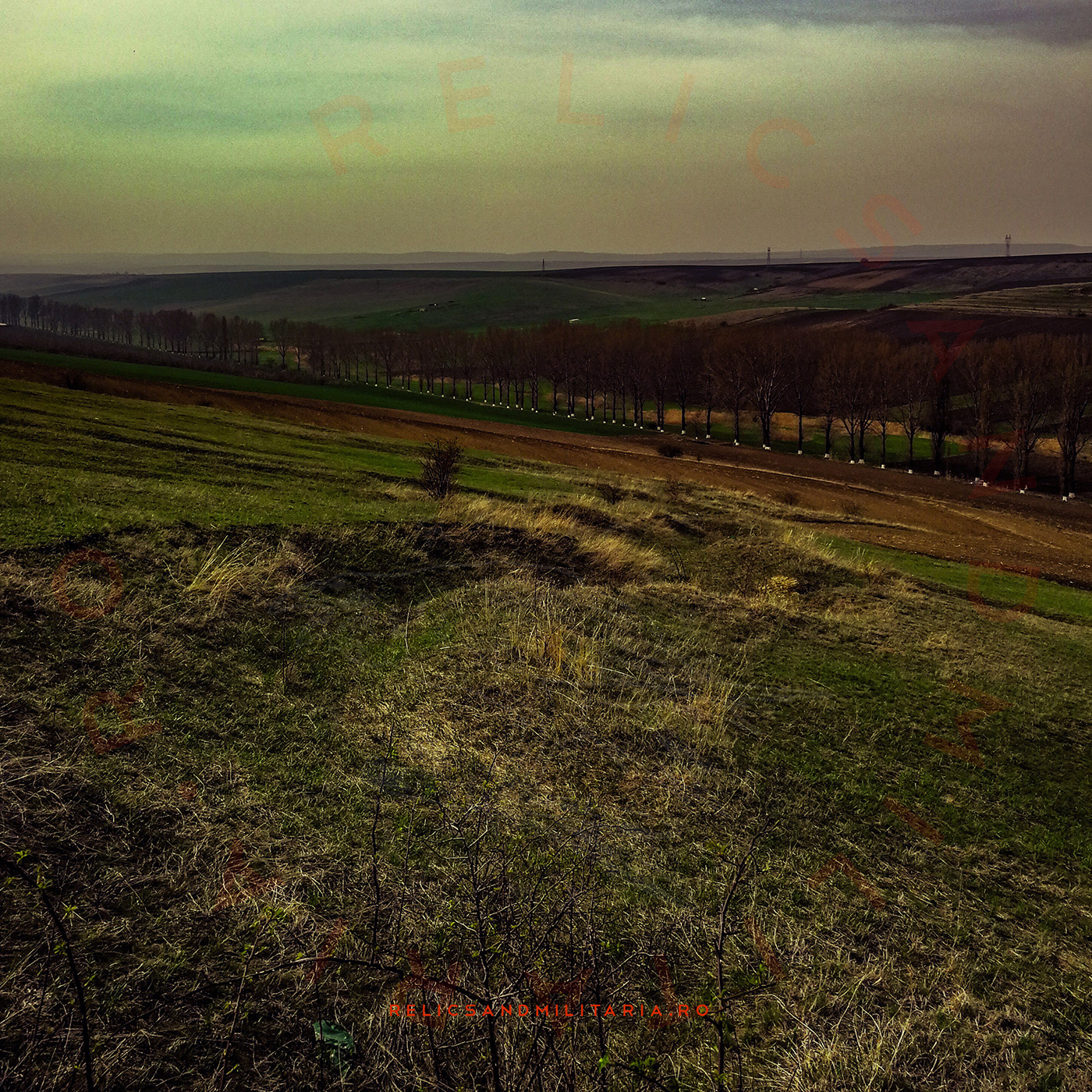 Found this passage in the Grossdeutschland Division’s history about the action in the Targu Frumos area, at Kalmu peak. There is more to be read about this but this is enough to make an idea about the fierce battle that took place on this Hill 254 m heigh. Being in the area I wanted to see if there is anything left, and found that one side of the hill, on witch the Wehrmacht attacked, was now covered with wineyards and on the other, the one defended by the Russian Army, much of it was agricultural land. But, some thin trench line was still visible on the slopes and some holes were present on the top of the hill. As the passage tells us, artillery shards were everywere, sign that many soldiers died in a brutal way. The area seemed to had been dug before but I was still abble to find a nice copper catridge from a ZIS-3 Soviet 76.2 mm divisional field gun with some nasty battle damadge. 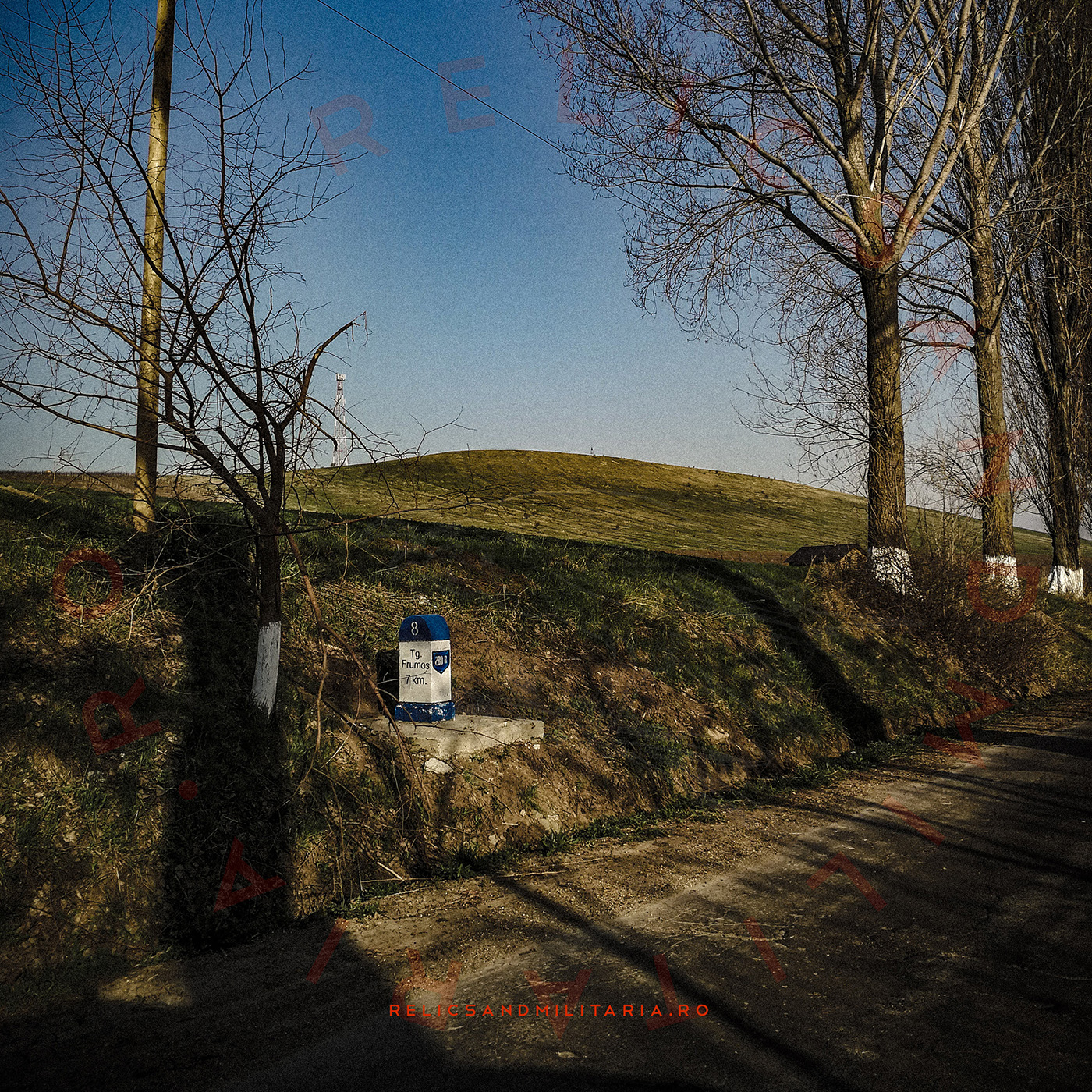 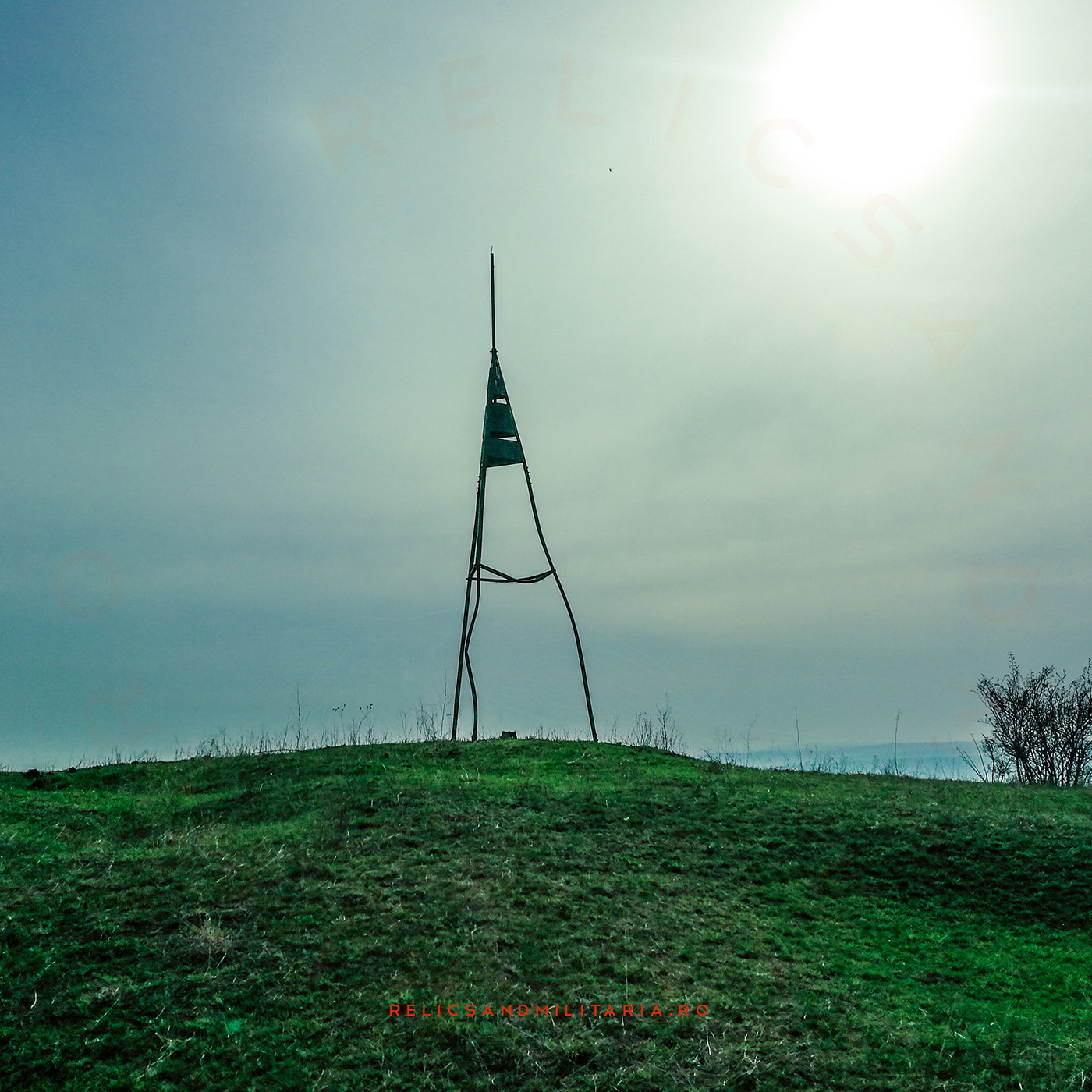 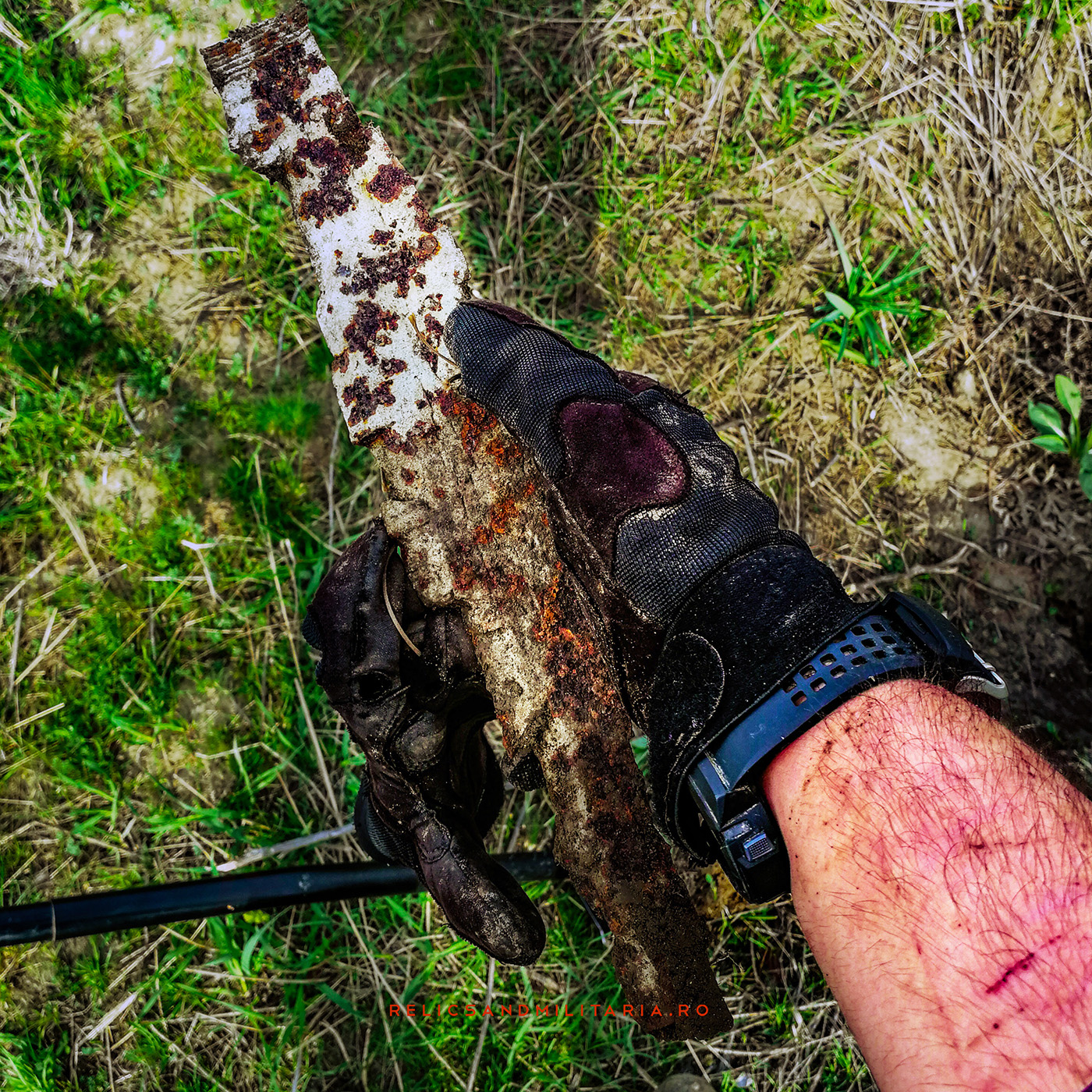 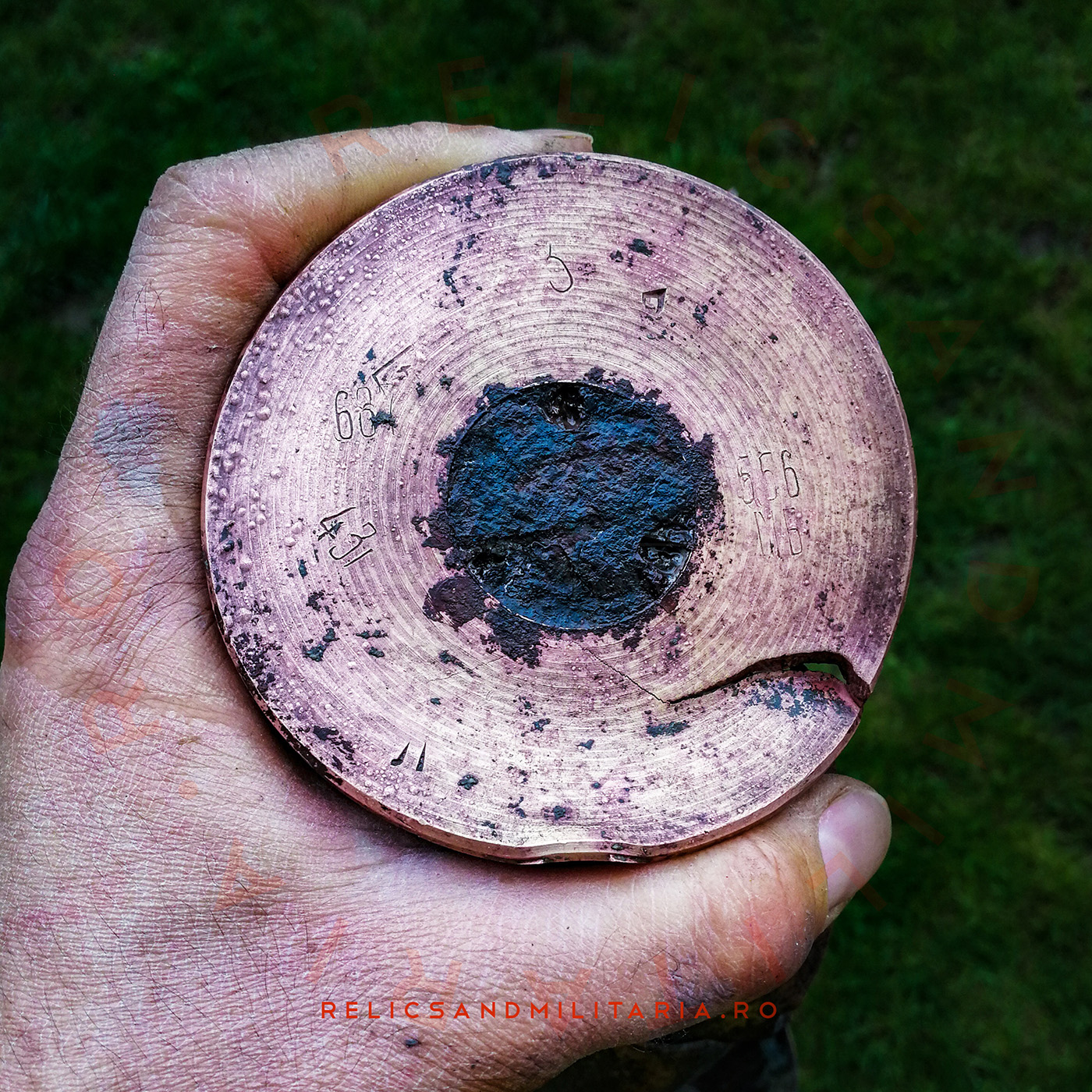