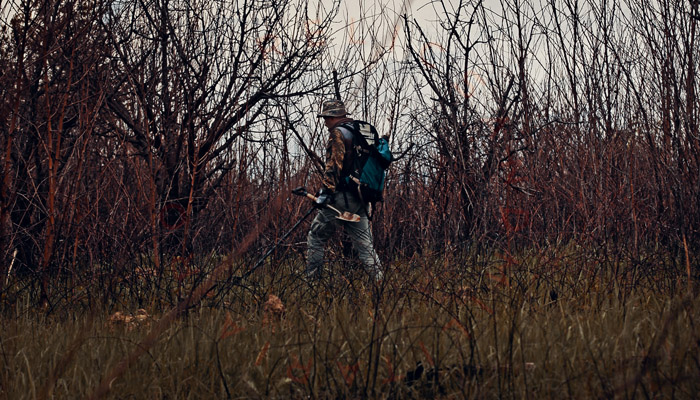 I’m a big fan of camouflage and I have several jackets, shirts, pants that have beautiful camo patterns and if I had the opportunity, I would wear them everywhere. But, if you don’t want to look like the guys from Duck Dinasty, you kind of have to break them somehow and mix them with some other items. I see lots of guys that go metal detecting wearing camo and I think that’s a big no-no and I’ll tell you why.

First, I’ll tell you about my inviroment where I metal detect. In Romania we have some beautifull battlefields in hilly/mountain areas. Some are in the naked alpine fields, some are covered in brushy vegetation or in the forests. In all areas some deep ravines should be expected. In the lower grounds, the best places to search, guess what, are also in forests. 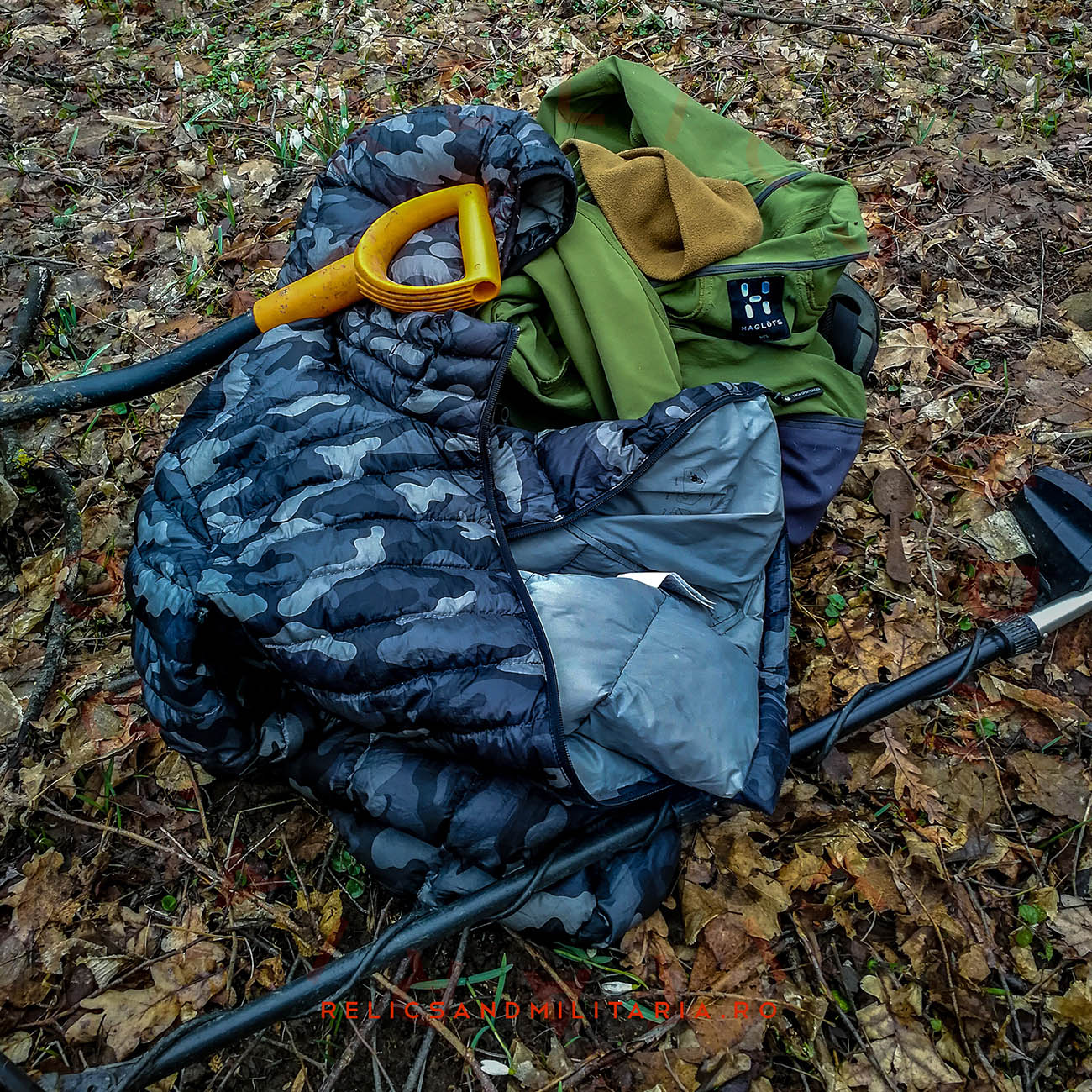 Starting from this is why I don’t (ussualy) wear camo when metal detecting: 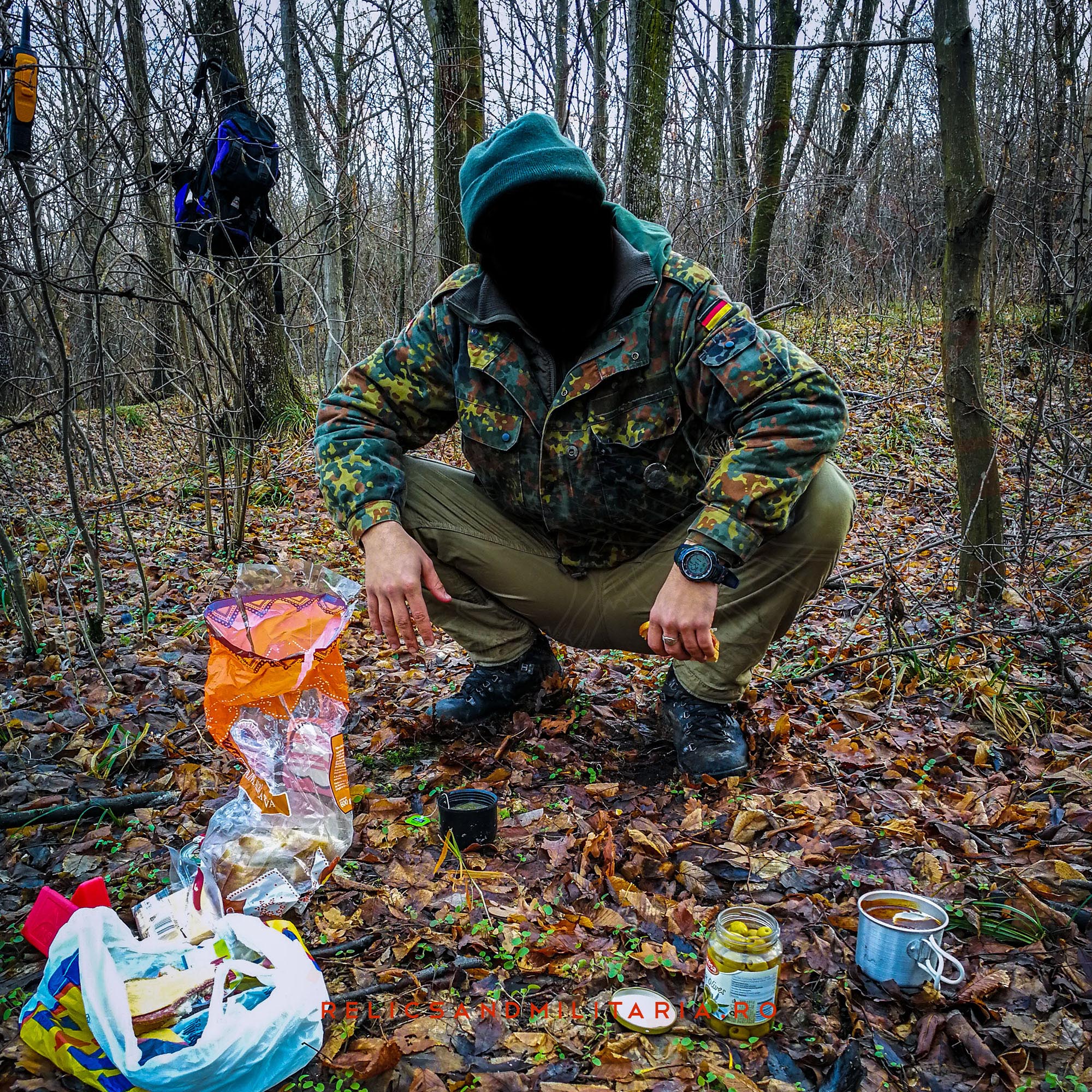 First of all, when you wear camo you get that “tactical look” as if you are from a Call of Duty game or something. If you want that, than start playing air-soft or paint-ball or go hunting. As soon as you get out of your car and people see you wearing camo they start wondering what the heck it’s going on with you. Are you a soldier, mercenary, wierdo, hunter, poacher? If the camo is the key to blend-in in nature, well the best way to blend in is to wear normal clothes. Maybe a tree striped adidas jacket from a second hand is the best way to look like the locals, who knows. Eaven if you wear some outdoor/sport colthes you will not get that much flak about it. If you mainly search for WW1 or WW2 items, or you are also collecting miltaria, it’s kind of impossible not to fall in love with the all military look and that’s why many people try to replicate that. Also, I understand that military surplus is cheap, very good to trash around not carring about it and saves you lots of money in the long run. Also, pathces on your chest and arms make you look more serious and cool but why not considering joining a reenactment squad then? I don’t know about you, but in my country we still have hunters that hunt illegaly, so imagine wearing camo in a forest and being seen by the police or mountain guard. What will their first impresion will be?

Why wear camo if you don’t have anything to hide?

Maybe in your country you must ask permission to enter somebody’s land and dig, or you go in a natural park or reservation. If you’re dressed for success in camo and you are carring a photo-camera around your neck or a binocular, than people will think you are just a wild-life/bird geek, but imagine seeing from a distance somebody with a shovel and a long stick that, in somebody’s imagination, could as well be a gun. So why take the risk of some body calling the police and ruining your day with giving explenations etc.

To stress more the hunting problem, imagine you are searching in some bushes, and some real hunters are hearing some noises and see some kind of movement. What will their first instict will be? Get the shotgun and shot just in case some game is over there. Guess what, bang-bang, they shoot you down, because, not beying able to see some bright color, no more metal detecting for you in this life. Check the news and see how many hunting accidents occur because hunters are not able to see each other in the brush. Why do you think they made those flashy orange variants of camo clothes? To be seen.

Ok, maybe you are not searching in deep forests or in your area there is no huting activity. Consider the alternative where you have an accident (broken ankle/foot, heart attack, a tree falls on you, quicksand, giant killer bees, anaconda and bear combo attack etc) and a searching party goes after you. Now what? Eaven if you are conscient and you can scream for help, or eaven better – you have a whisle with you, sound doesn’t travel that much. The best thing in nature for your safety is to be seen.

Here are some pictures of a non camo variant of clothes in just some green/light blue colors to see how much they blend in. All I can say is stay safe and always let people know where you are going to metal detect because if something happens to you, they’ll know where to start their search. 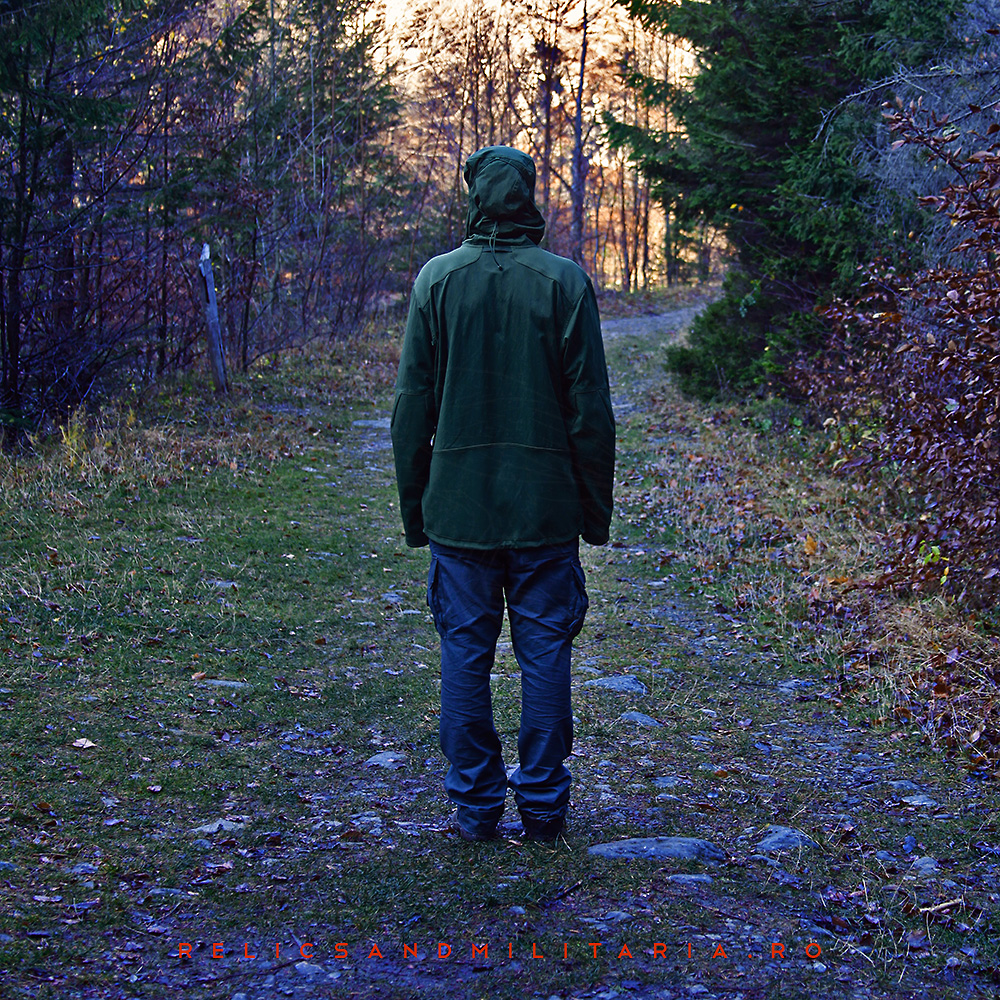 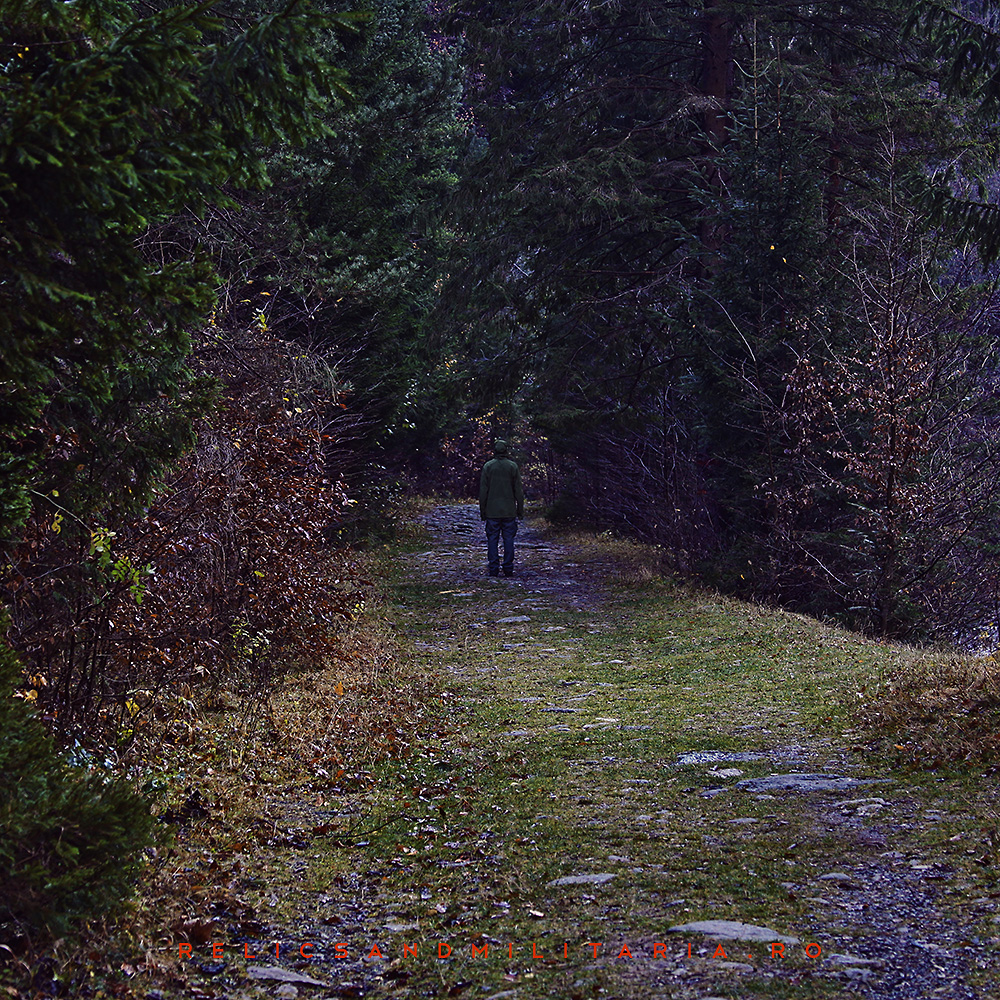 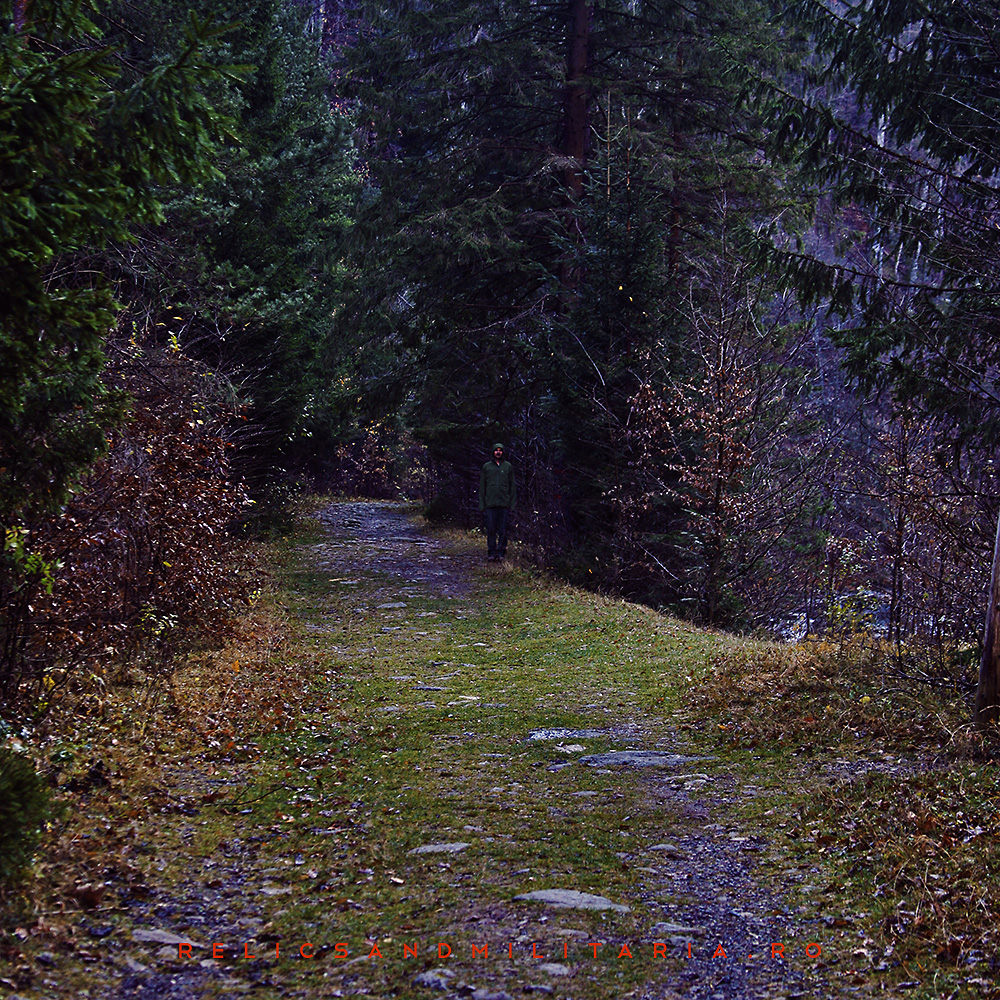 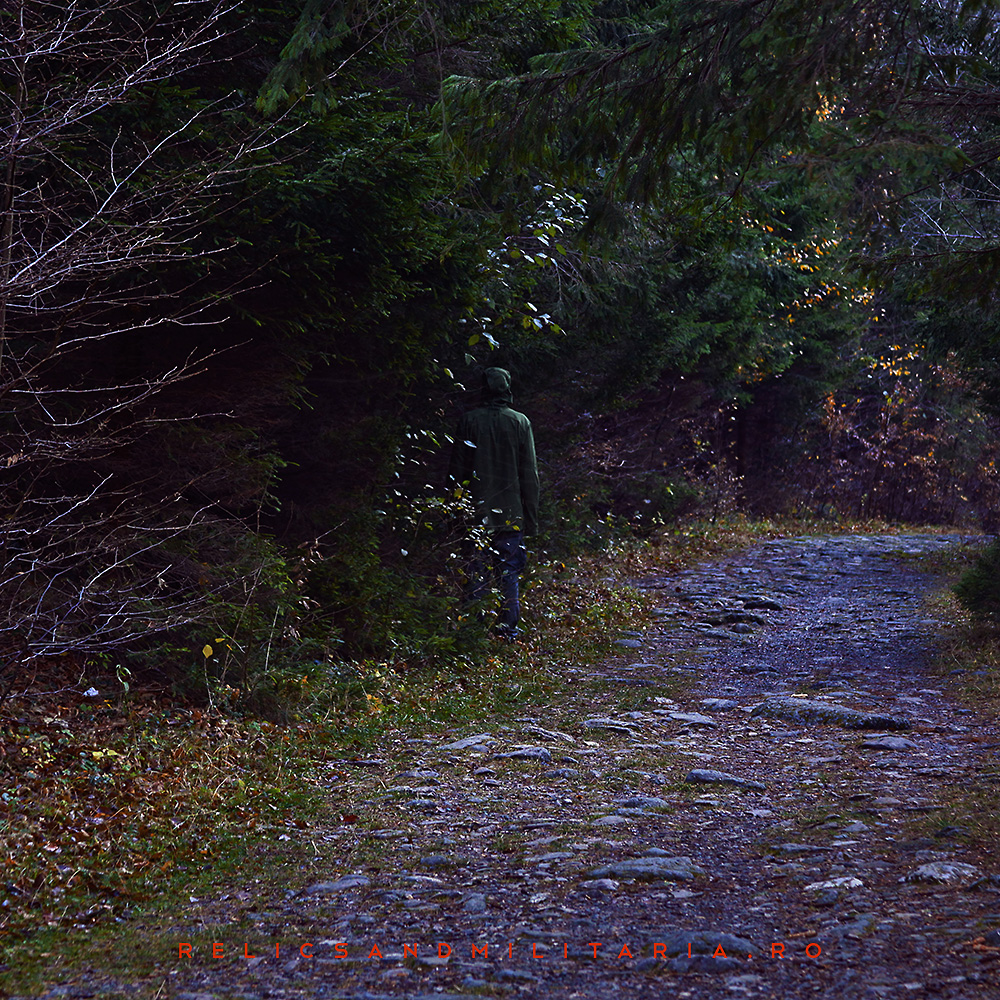 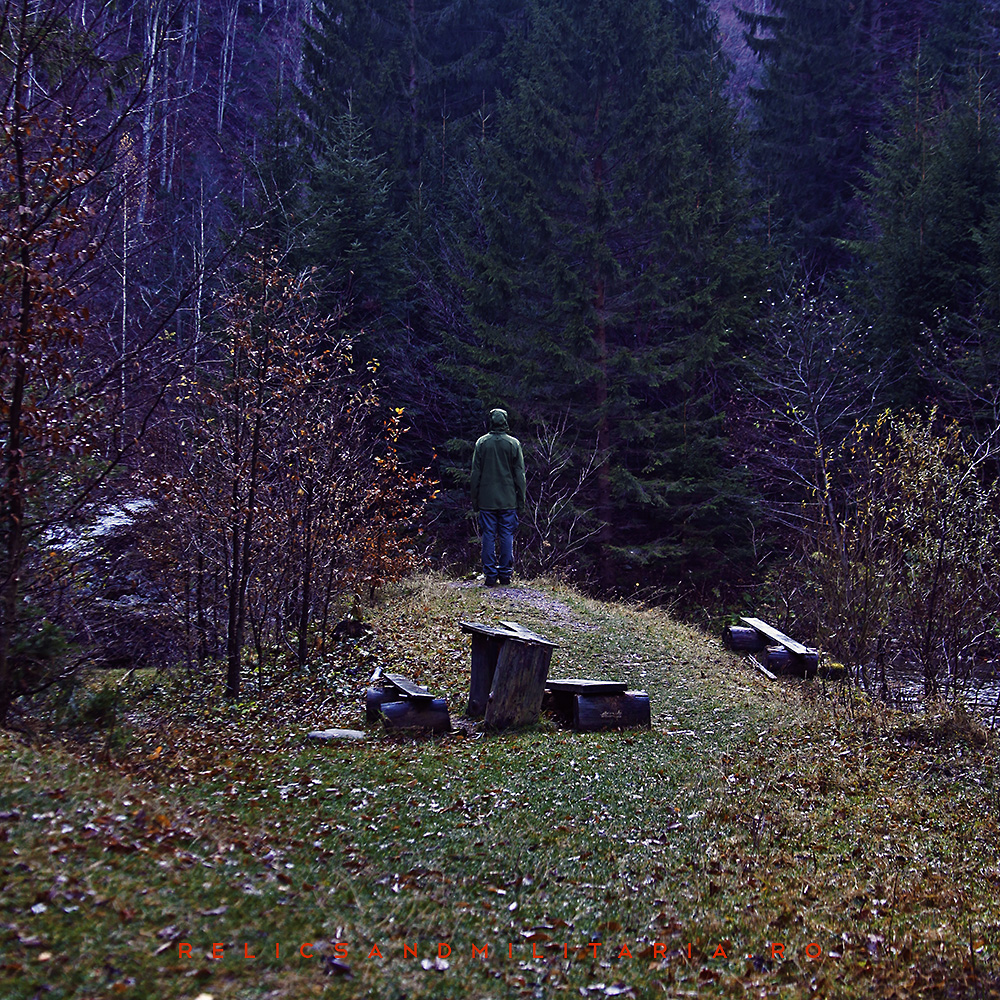 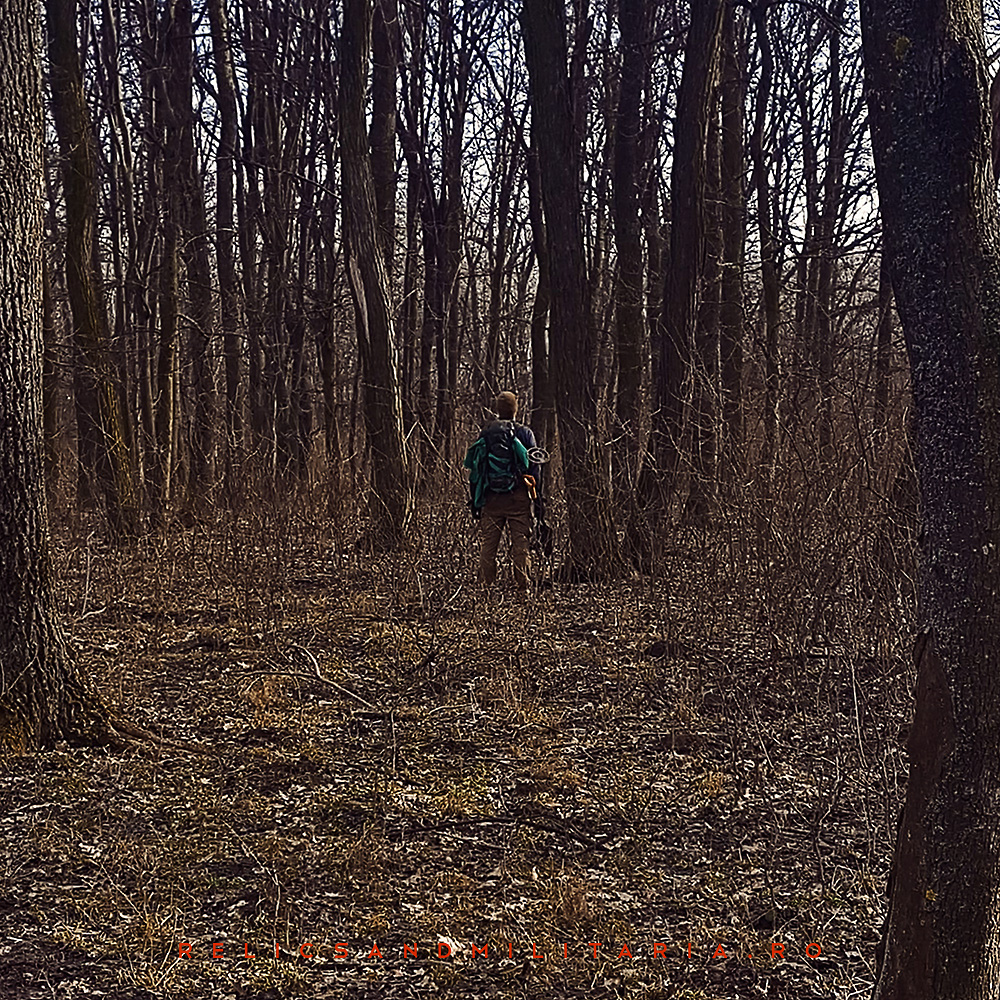