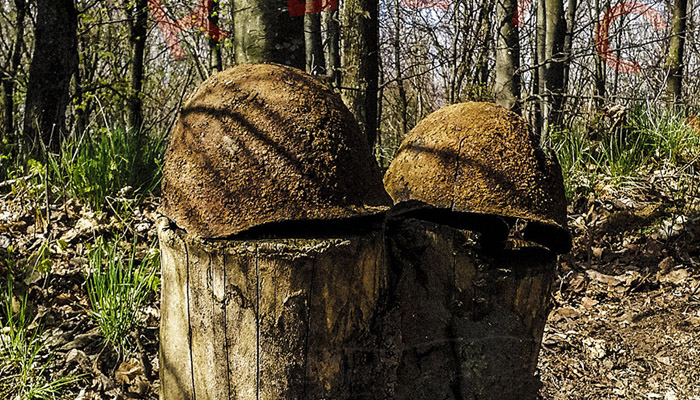 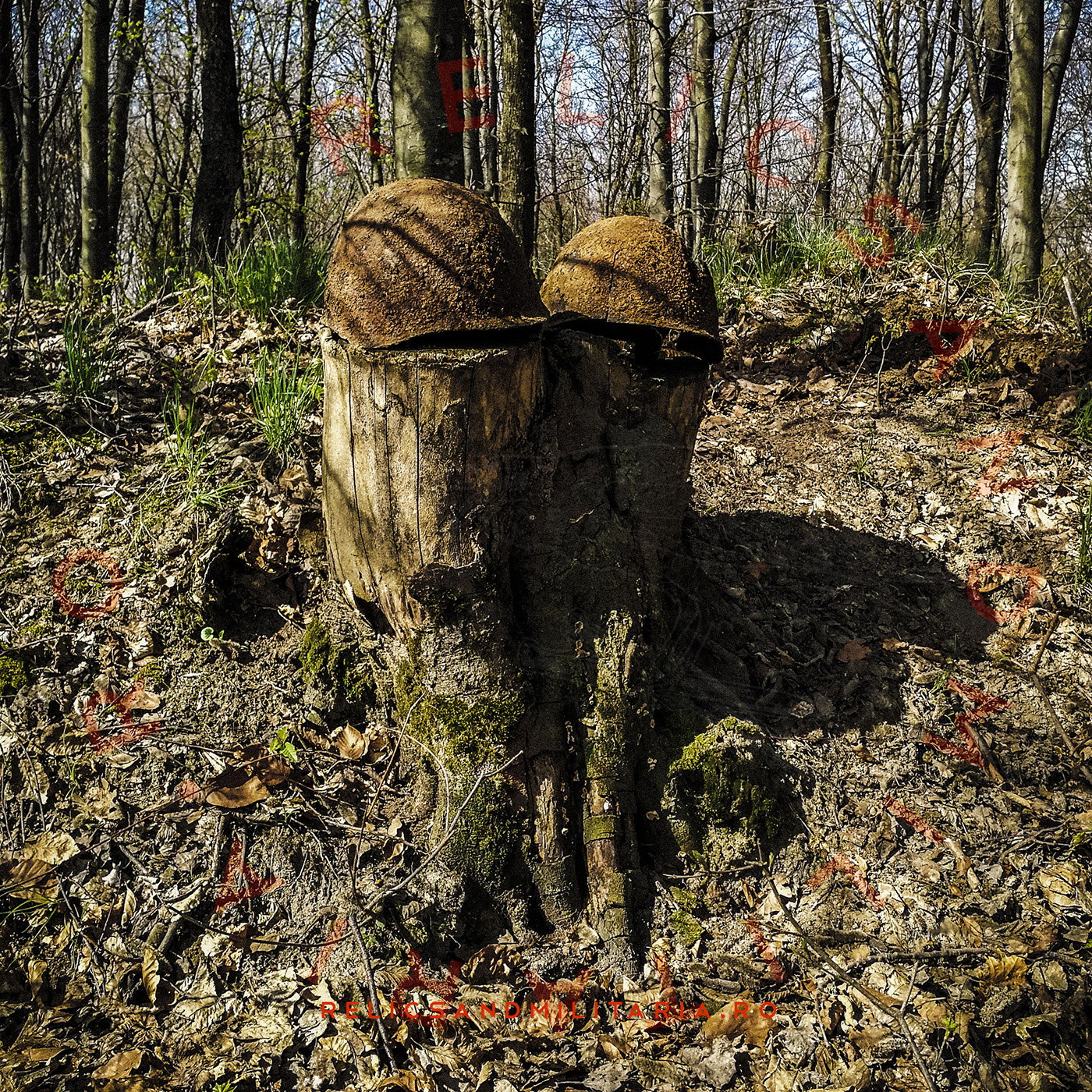 During 1944, especially in Spring and late Summer, the Red Army attacked on the whole front-line established from Targu Neamt – Pascani – Targu Frumos – Podul Iloaei to Iasi. No wonder traces are still to be found, trenches kilometers long are still to be seen and searched and this was the case this month when, I found these SSh-40 Russian Army helmets.

We were metal detecting on a forest skirt where large action between the Romanian Army and the Reds took place; for a couple of hours nothing but garbadge made some noise but, at one metal signal that didn’t promissed something big, this happend. Called my mate back on the 2 way radio to shoot some footage of the dug, and after I pulled the first one out, I told him to search the area maybe there is more. In the surroundings there wasn’t anything else, but, about 10 cm lower on the trench wall from the place the first helmet was found, BINGO! – I found the second one. 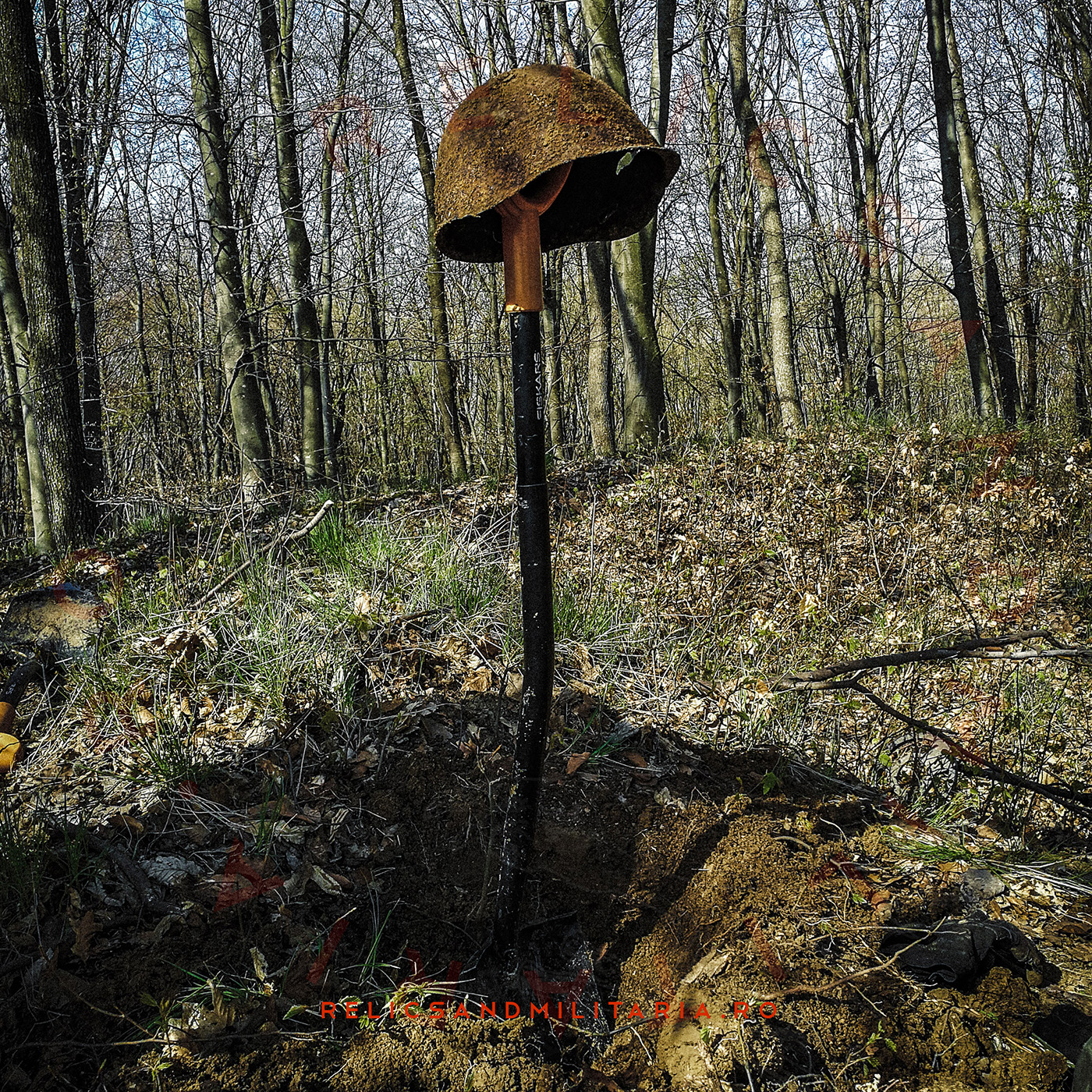 At this time my friend started accusing me of eating shit to have this kind of luck (excuse the culural barrier, but this is a Romanian saying – to eat shit to be lucky). This is the same mate that walked in front of me and closed his metal detector and I found the Sherman Tank turell lid, not him.

Here is a picture of the spot where the helmets were found, right at the forest skirt.

This is the first helmet, in a way better shape, with just a small rust hole in it, but the visor was cracked from a blast most probably 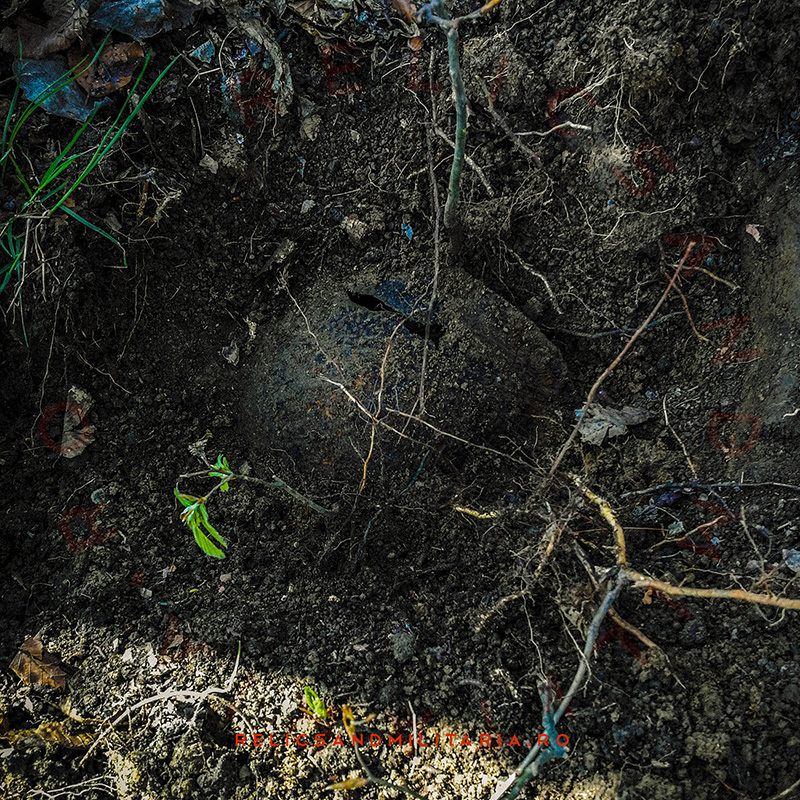 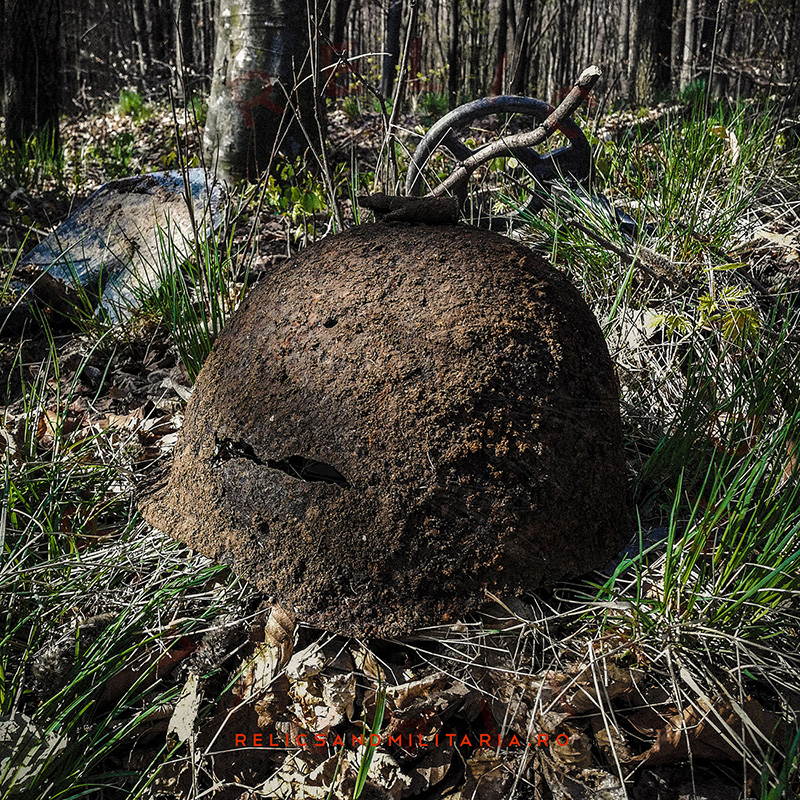 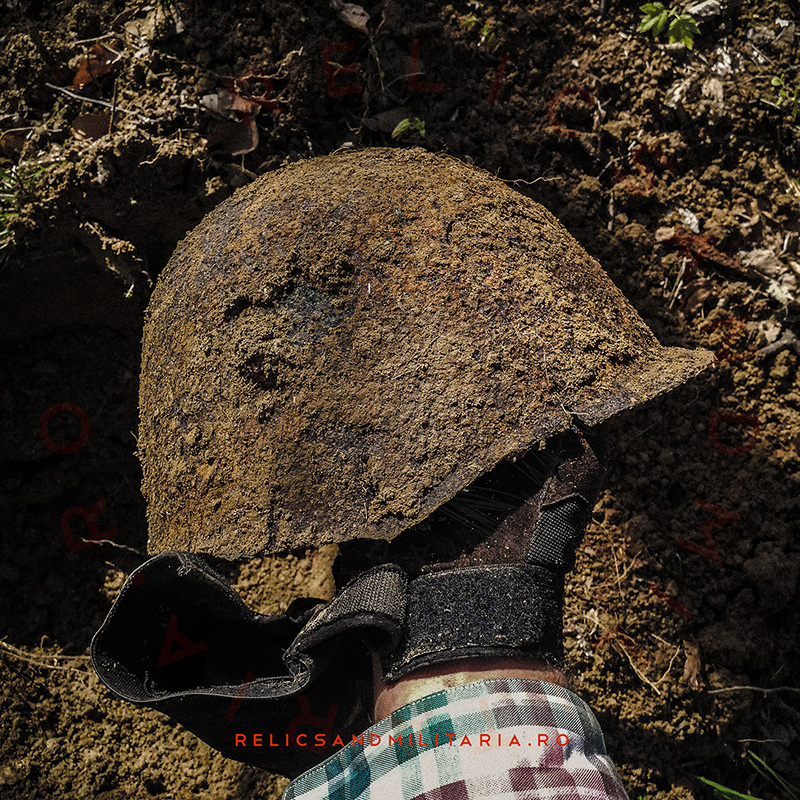 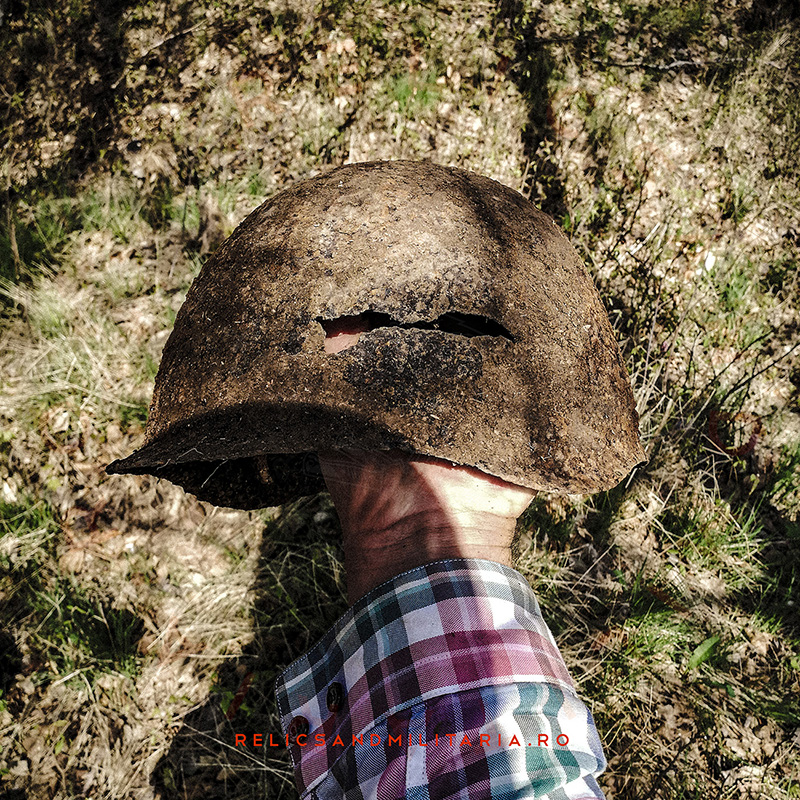 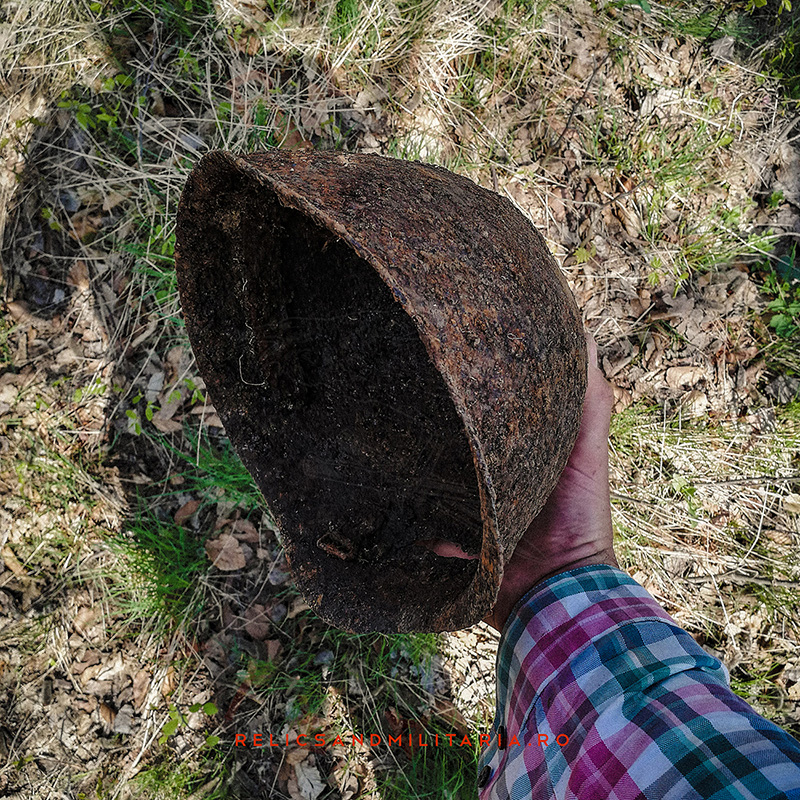 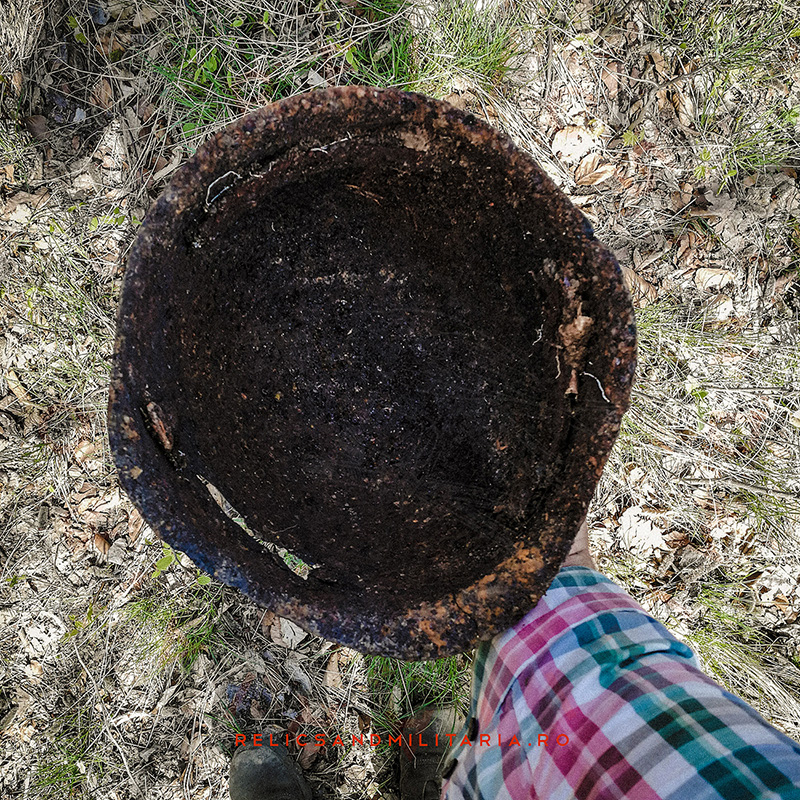 The second one was in a nasty shape, and was cracked from a shell blast all around, wonder how it was still in one piece. This was given to my mate as a gift, to please the metal detecting gods for better luck next time. 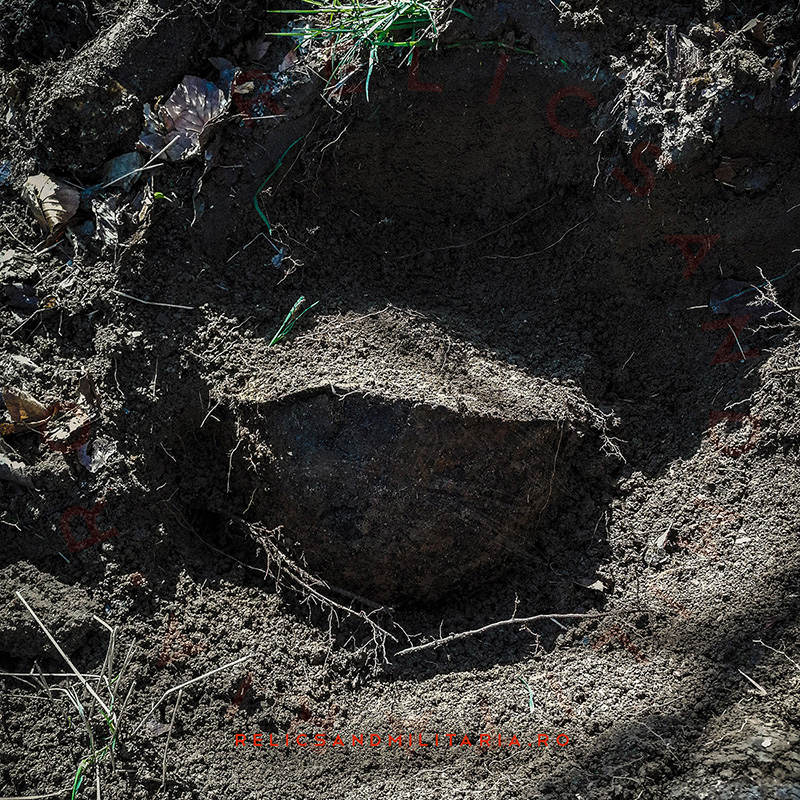 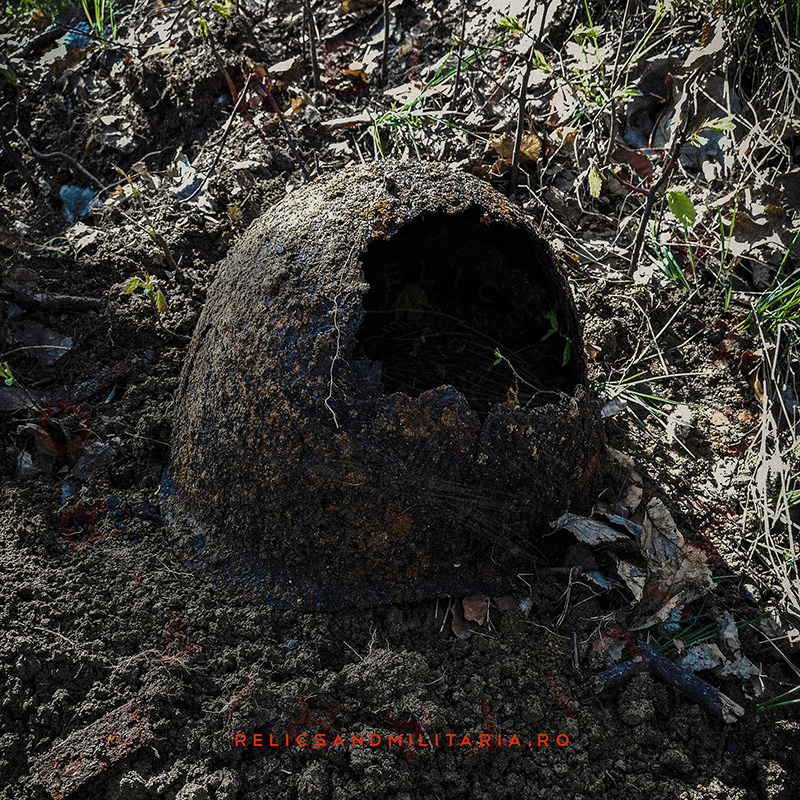 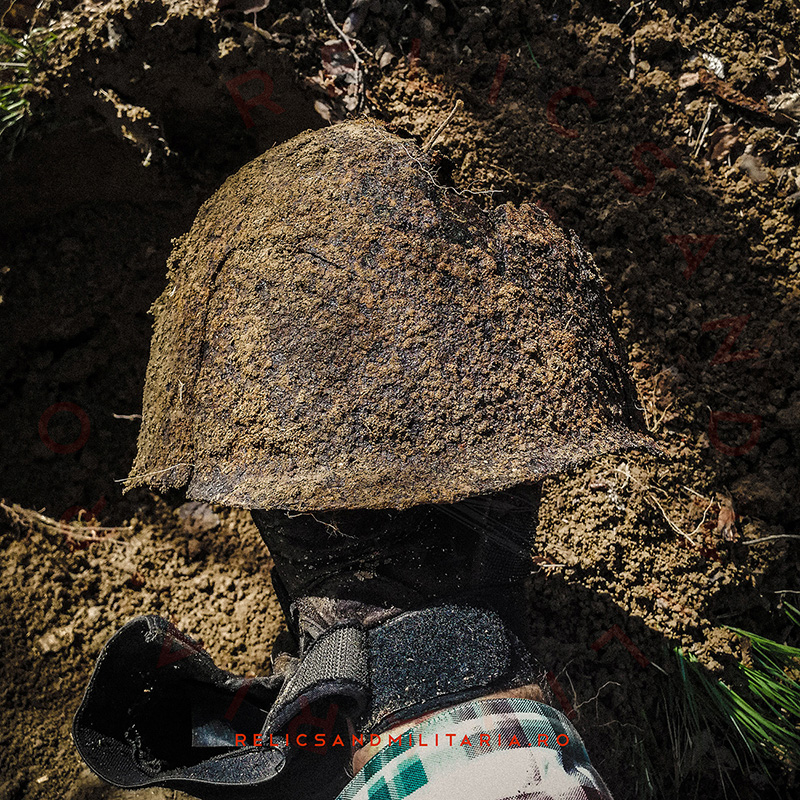 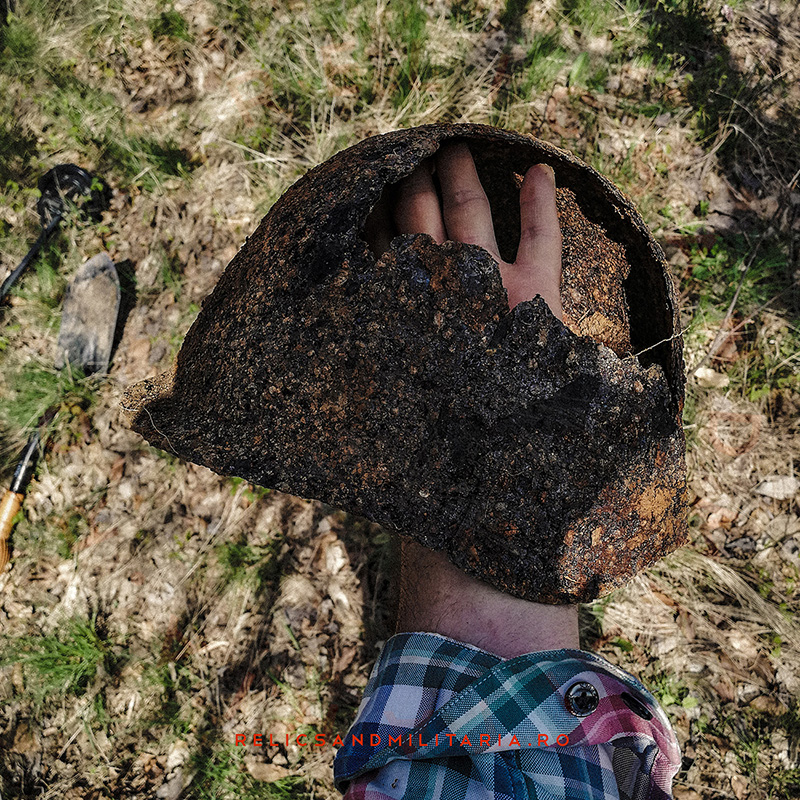 Anyway, later one, beside some Russian Mosin Nagant empty cartridges and a busted mortar fuse the biggest things to be found were a pick axe and a showell most probably, used in the ’40 to prepare the trench line. 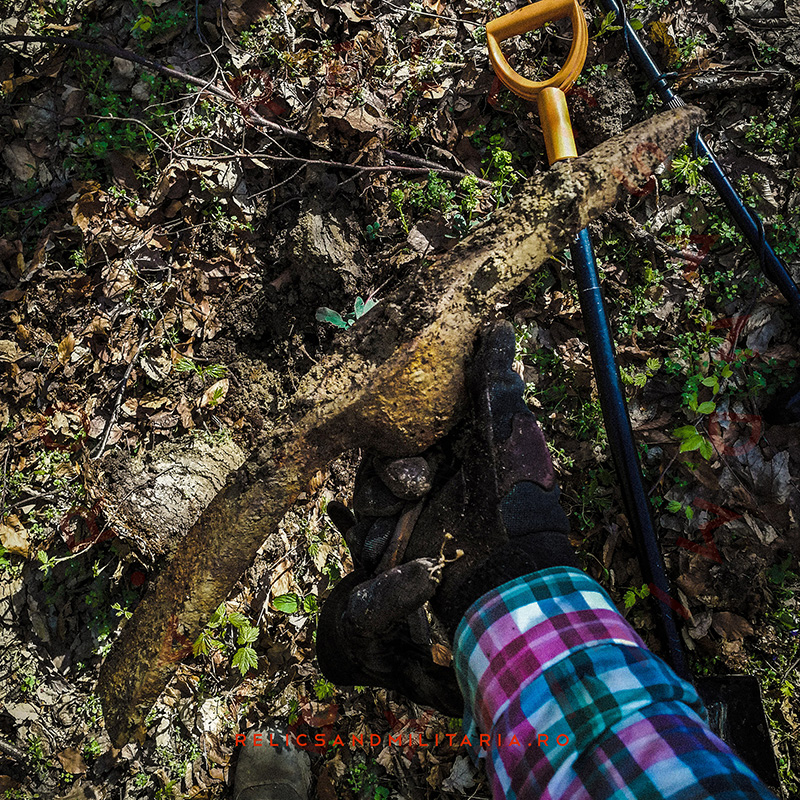 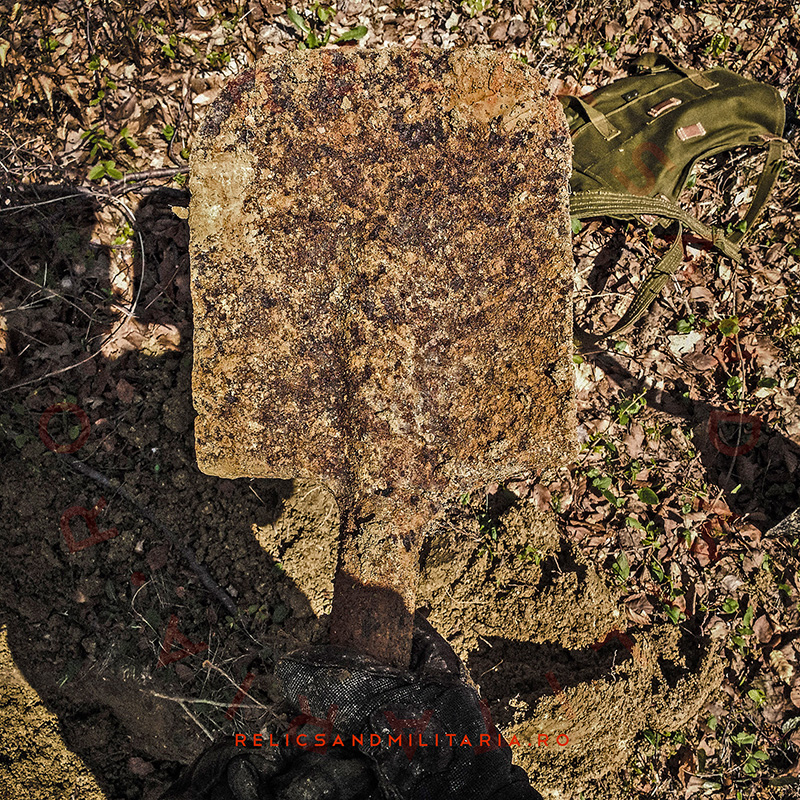